Leber’s hereditary optic neuropathy (LHON) usually occurs between the ages of 18 and 30 with sudden, painless, acute or subacute loss of central vision. It affects both eyes simultaneously or sequentially, with loss of vision in the second eye over the following eight weeks.

After this initial acute phase, the disease tends to stabilize, leaving the person with severe visual impairment.

What is Leber's hereditary optic neuropathy?

Leber’s hereditary optic neuropathy (LHON) usually occurs between the ages of 18 and 30 with sudden, painless, acute or subacute loss of central vision.

Leber’s hereditary optic neuropathy generally does not entail prodromal symptoms. It presents with clouding that initially affects only one eye and evolves rather rapidly into central visual impairment, without any eye pain.

The onset is simultaneous in both eyes in less than 50% of cases, while in the majority, binocular evolution is however consequent and occurs quickly.

Disease progression lasts 3–4 months on average, after which degeneration stabilizes, leading to a visual acuity reduced to finger counting only in 79% of cases.

In some cases, the decrease in visual acuity may be accompanied by other neurological symptoms such as motor disturbances, dystonia, and tremors.

What do people with LHON see?

In the early stages of Leber’s hereditary optic neuropathy (LHON), peripheral vision remains intact, so sufferers are able to move around independently.

Central vision is significantly impaired, however, resulting in difficulty recognizing faces and with everyday activities such as driving and reading.

What are the causes of LHON?

Leber’s hereditary optic neuropathy is a rare disease. There are currently about 35,000 people living with the condition, 0.42% to 2% of whom have visual impairment.

LHON is primarily caused by an X-linked genetic mutation and the first symptoms occur around 15 and 25 years of age in males and later in females, with an estimated incidence of 4 to 1.

For reading and writing 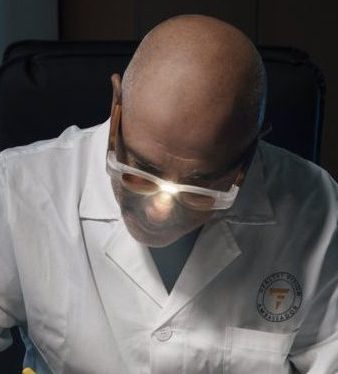 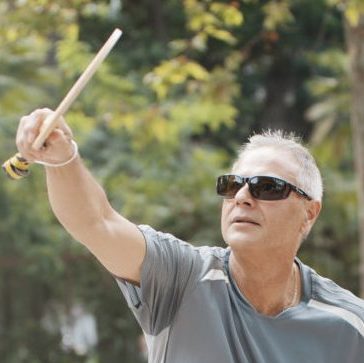 Other solutions by FONDA for the Leber's optic neuropathy

To respond to the real needs of patients and to help them maintain their independence, it is necessary to identify and propose solutions for dynamic far vision, static far vision and near vision.

Our company is ISO 9001 and ISO 13485 certified.
We place quality at the heart of the organization and guarantee our users and partners the safety of our medical devices.

We collaborate with visual healthy vision professionals active in the low vision and fragile vision sector.